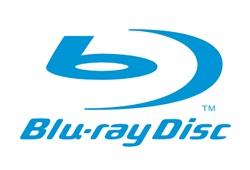 This was the year for me to invest in High Definition television and I decided on the Sony KDL-V3000 + Playstation 3 (PS3) – a combination Argos were doing a deal on. I wanted the PS3 anyway as the best value Blu-Ray player on the market, and the deal was extraordinary value for money. I am delighted with the outcome, surprisingly, because the sensitivity of the digital freeview tuner in the Sony TV has made terrestrial digital a possibility with weak reception. But what is really outstanding is the way standard DVDs are ‘upscaled’ to look brilliant on the combination of PS3 and Bravia display, and I still haven’t seen a Blu-Ray disc yet! The one downside is it exposes anything poorly recorded/encoded. The PS3 may also be the last moving-parts physical storage media for TV I buy – some think I am already investing in the walking dead ! Meanwhile I am enjoying finding out how The PlayStation 3 is not just a games console… too.